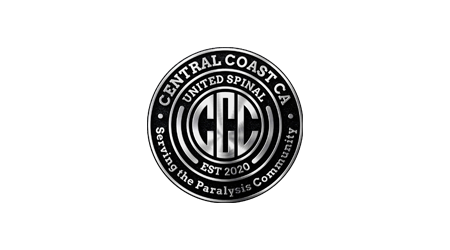 “We are just scratching the surface of understanding what neuromodulation can do and what can happen if you understand and take advantage of the circuitry below the injury level.”

As originally seen on:

A motorcycle crash left Santa Maria’s Keith Smith paralyzed from the neck down in 2009, but an experimental spinal treatment is offering hope. Smith has gotten back on his feet, and he’s reaching out to help others do the same.

“In 2009 I broke my neck,” Smith said. “Doctors told me I will never walk again. I will never stand, never move my legs. They told me I’m done.” Smith barely escaped death when his motorcycle crashed near his home in Santa Maria. After emerging from a coma, he had to find a way to live. “I have three children that look up to me,” Smith said. “I’m their role model. If I quit, what example am I setting for the kids?”

Smith and his long-time girl friend and full-time care taker Jazel Lazaro, found hope in an experimental study at the Kentucky Spinal Cord Injury Research Center. Smith is the fifth participant in an experimental study funded by the Christopher and Dana Reeve Foundation that is showing great promise in restoring feeling and function to people who are paralyzed.

Dr. Susan Harkema and her team implanted Smith with an epidural stimulator that has changed his life. “We put an electrode that has 16 contacts so it can deliver an electrical field under the bone,” Harkema said, “But on top of what’s called the dura, which is a sheath that covers and protects your spinal cord.” In a clinical setting at the University of Louisville, Smith moved his toes and stood for seven minutes, ten years after he was paralyzed.

“They told me they were 100 percent sure I was never going to be able to stand again,” Smith said of the doctors who treated him after his crash. “Now I did, and I’ve got video to prove it. That’s awesome!”

Harkema said two of the people in the study have walked again. Of Smith’s standing for the first time ten years after such a devastating spinal injury. Harkema said, “It’s still very unexpected clinically, and even scientifically.” More importantly to Smith’s everyday life, the stimulator which he controls remotely, has helped him rebuild muscle and regain more control of his body. “My legs and my hands and my arms, they’re warm,” Smith said. “My heart’s beating good again. It’s beating strong. It used to skip a beat. I used to just feel dizzy like I’m passing out. Now I feel good.” Smith will return to Louisville this year to continue his role in the experimental research. “I think we’re just scratching the surface of the understanding of what neuro-modulation can do,” Dr. Harkema said. “And what can happen if we understand and take advantage of the circuitry below the injury level.”

Smith continues working to build up his strength and stamina. He recently moved to Nipomo and designed a pulley system in his garage where he uses his arms – that have limited function – to lift up his legs. He is also reaching out to help others in the local paralysis community, founding the United Spinal Association of the Central Coast last year. “When you break your neck you just don’t have much,” Smith said. “Now there’s something that people who are quadriplegics can look forward to. It’s coming.”

Smith says there is a near total lack of resources on the Central Coast for people who are paralyzed. On February 20, the 12 year anniversary of his injury, he’s raising money for his new non-profit by doing a tandem skydive from the Lompoc airport.

Learn all about United Spinal CCC and the good they do: 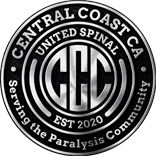